FOR CRACKING TESTS AND ADMISSIONS SUCCESS

COVID’s Impact on the SAT

The pandemic has affected the role of standardized tests in college admissions, but don’t throw away your No. 2 pencils just yet. 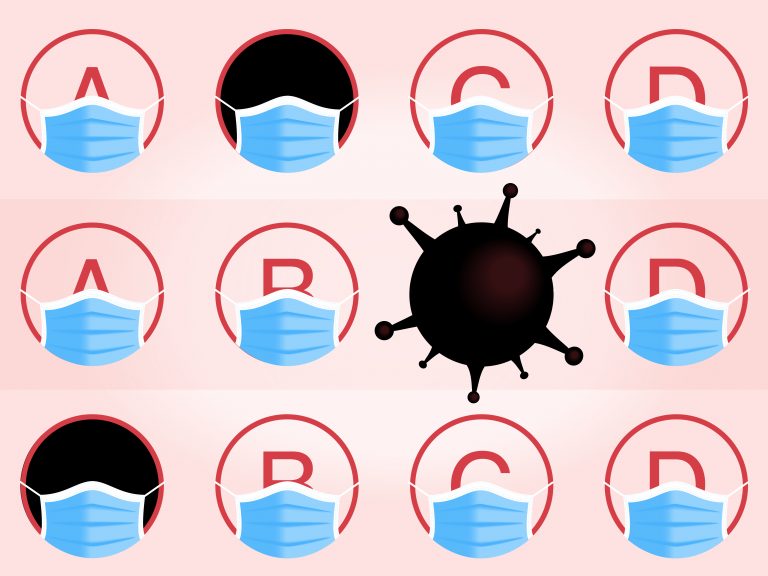 COVID upended almost every aspect of our lives, from everyday activities like spending time with friends to more serious matters like caring for elderly loved ones.  And, as countless high school students and their parents unfortunately know, the pandemic also wreaked havoc with testing and college admissions, further confusing an already stressful process.

Most of last year’s SAT and ACT exams were cancelled.  The March 2020 SAT was the first exam to be scrapped, followed by last-minute cancellations for the April exam, the May exam, the June exam, the July exam, the August exam, the September exam, and—well, you get the picture.

Now, on the surface, canceled SAT and ACT exams may seem like cause for jubilation.  “Wait a minute.  You’re telling me I don’t have to spend three hours of my life answering math questions and reading passages about microbial fungus growth??  Woo-hoo!!”  But the reason you haven’t seen teenagers rejoicing in the streets is that SAT and ACT cancellations have only made the college admissions process more uncertain and upsetting.

Last year, some students studied for months only to find their SAT or ACT canceled the night before the test.  Others saw scholarship opportunities vanish, because many grants require students to submit an SAT or ACT score to be eligible.

In response to the frequent test cancellations, some colleges and universities have announced that they’re waiving testing requirements for the 2021 – ’22 admissions cycle.  While this may seem like welcome news for students who never want to see another italicized x or y, the reality is far more complicated.

The Rise of Test Optional

Even before the pandemic, some schools were already moving away from the SAT and ACT as admissions criteria.  According to FairTest, an advocacy group that encourages colleges to look beyond standardized tests when evaluating applicants, 1,685 schools are now “test optional,” meaning students can choose whether to submit SAT or ACT scores as part of their applications, with no disadvantage for students who don’t disclose their scores.  (We’ll explain why we put “test optional” in quotes and why we’re using the term “schools,” instead of colleges or universities, in just a minute.)

Let’s begin by checking out some of the colleges and universities FairTest lists as test optional on its website.  Sure, there are a number of top-ranked public universities, such as UVA and the University of Michigan, both of which have suspended SAT and ACT requirements for the current admissions cycle due to COVID.  And sure, there are dozens of highly-selective liberal arts colleges like Barnard and Amherst, both of which have also placed a one-year moratorium on testing requirements because of the pandemic.  But then, filling in most of FairTest’s list, are hundreds upon hundreds of schools like Albany College of Pharmacy and Health Sciences (#13 on the list), the Art Academy of Cincinnati (#54 on the list), and the Conservatory of Music of Puerto Rico (#323).

FairTest’s list of 1,685 test-optional colleges includes hundreds of religious and rabbinical schools (stunningly, Yeshivat Mikdash Melech in Brooklyn, NY, with a full-time enrollment of 24 students and an acceptance rate of 100%, does not require SAT or ACT scores), dozens of art academies and performing arts schools, dozens of military academies and foreign schools, and at least one institution where applicants’ ability to julienne a carrot is probably more important to admissions officers than their ability to solve for x (the Culinary Institute of America, #339 on the list).

Once you take all of those schools off the list, the tidal wave of colleges that have gone test optional looks much more like a gentle swell.

Nonetheless, it’s true that many traditional four-year colleges have temporarily suspended their testing requirements or even ended their SAT and ACT admission requirements altogether, so let’s explore the implications of this trend.

Meadow Soprano Had It Right

In “College,” the fifth episode of the first season of The Sopranos (the all-time greatest show ever, according to the person writing this sentence), Tony and his daughter Meadow take a road trip to New England to tour three colleges she’s considering: Colby, Bates, and Bowdoin.  It’s a fantastic episode.  By pure chance, Tony spots a former Mafioso turned FBI informant who’s been hiding in witness protection, and he spends most of the episode hunting him down while his teenage daughter—sorry, we’re getting off-track.  It’s just such a good episode.  Anyway, in the beginning of the episode, Meadow has just finished an interview at Bates College, and she tells her Dad, “They don’t require SAT scores, but mine are high.”

What Meadow means is that, although Bates doesn’t technically require standardized tests, she’ll stand out as a strong applicant because she’ll be electing to submit her test scores, which are impressive.

The biggest misconception about test-optional schools is that those institutions have rejected the idea of evaluating students based on the SAT and ACT.  However, that simply isn’t the case.  In fact, nearly every test-optional college and university still invites students to submit test scores.  The admissions page for Johns Hopkins, test-optional for one year due to COVID, states: “If a student has a test score and feels it is reflective of their academic ability, we welcome any testing submission they choose to share.”  The University of Pennsylvania, also test-optional for one year, states: “As part of our comprehensive admissions process, we use standardized testing to gain more insight into the academic preparation of our applicants.”  And the admissions page of the University of Michigan, likewise test optional for the next admissions cycle, states: “test scores (SAT or ACT) are encouraged, if available.”

First up are large public universities like Arizona State.  Arizona doesn’t require the SAT or ACT for admission, but if you don’t submit a test score, you will only be considered for admission if you rank in the top twenty-five percent of your class or have an unweighted GPA of 3.0 or higher.  The admissions policies of many other large public universities have similar fine print.

Next are small, elite liberal arts colleges like Middlebury College in Vermont and Hamilton College in New York.   As the latter states on its website, “Hamilton is SAT optional, but not test optional.”  Applicants who choose not to submit their SAT or ACT scores must submit AP exam scores, Subject Test scores, or International Baccalaureate exam scores.

Middlebury and Hamilton belong to a special subset of Test-Optional colleges known as “test-flexible.”  These institutions don’t require the SAT or ACT.  However, they do require tests, and applicants who don’t share their SAT or ACT scores must submit scores from other challenging assessments, namely AP exams and SAT Subject Tests.  Understandably, many applicants to these schools appreciate the latitude to choose which test best reflects their academic ability, but regardless of which exam they share, these students are still submitting standardized test scores as part of their applications.

And Then There Are Recruited Athletes

Despite the seeming movement away from standardized tests, recruited athletes are still being required to submit SAT or ACT scores.  As The Daily Pennsylvanian, the college newspaper for the University of Pennsylvania, reported, Penn’s suspension of testing requirements for the 2020-‘21 admissions cycle came with a big fat asterisk: student-athletes.  COVID or not, recruited athletes must still submit an SAT or ACT score to be considered by Penn’s admissions office.

College admissions officers tend to be cagey about discussing the number of slots reserved for students that coaches have been courting, but as The Washington Post reported after examining admissions data from the top 75 colleges and universities in the country, recruited athletes typically comprise around 10 percent of the total students in each incoming class.  Therefore, it’s fair to say that test-optional admissions policies don’t apply to a substantial cohort of students.  In fact, while we were researching this article, one of our students, an 11th grader being recruited for football by several highly-selective universities, received the following text from Princeton University:

Does All of This Mean I Have to Get My SAT-Compliant Calculator Out of the Trash?

Perhaps the best way to think about standardized tests is to place them alongside other “optional” endeavors students undertake to get into college.  After all, extracurricular activities are optional.  AP classes are optional.  Spending hours in the gym working to be a top athlete is optional as is mastering a musical instrument or being class president.  Heck, even going to college is optional, though please don’t tell your parents we said that.  The fact is, if you want to maximize your chances of getting into your first-choice college, you have to take advantage of every option available to you, which for most students means maximizing test scores.