Admissions in the Age of Social Media 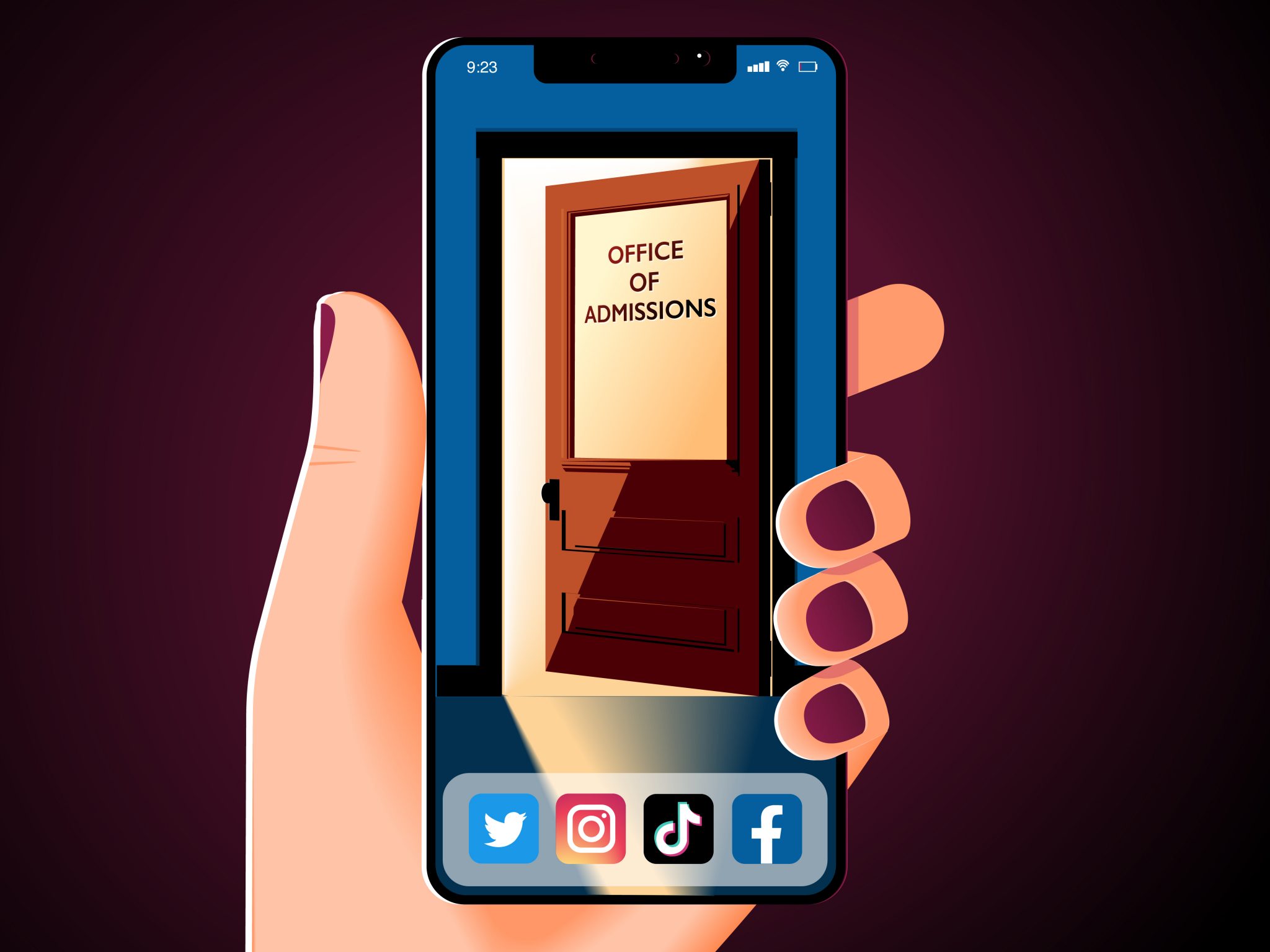 Pop quiz!  How many offers of admission has Harvard rescinded in a single year?

If you guessed zero, five, or even eight… you’re wrong.  Harvard has revoked as many as ten offers in a recent admissions season.

And what was the reason Harvard admitted these 10 students only to turn around and say just kidding—nope, no bragging at future cocktail parties for you!

A.  I don’t know, but I bet that lady from Full House was involved.

B.  They lied about their SATs.

C.  They were found to be narcs from Yale.

If you guessed (D) this time, you’re right.  The students had their offers of admission yanked over social media posts.

Now, don’t get us wrong.  We at The Playbook love social media.  That inspirational video of “Unstoppable” Tracy Schmitt talking about overcoming barriers?  UHMAZING.  That hilariously adorable Tik-Tok video of a cat dancing to “Mr. Sandman”?  Stop, stop.  Our sides still hurt.  But we don’t like social media for teenagers and here’s why:

Students who do everything they can to get into the best possible college can see all of their hard work erased by a single ill-conceived post.

The Cautionary Tale of One Parkland Student

One student who survived the mass shooting at Parkland High School in 2018 went on to be admitted to Harvard the next year.  What should have been a cause for celebration turned into a disaster when some old offensive comments the student had made on an online platform were revealed to the Harvard Admissions Office.  Harvard gave the student a chance to explain his conduct but ultimately decided to revoke his admission.  As a Harvard spokesman explained in 2019, the university may rescind an offer of admission if a student “engages or has engaged in behavior that brings into question their honesty, maturity or moral character.”

While this case made national news, this student’s situation is not unique.  In fact, in one recent admissions cycle, Harvard rescinded admissions offers for 10 students, all for offensive online posts.

Before you toss your teenager’s phone into the garbage disposal, remember that while these situations do occur, they’re the exceptions, not the rule.  Over 65,000 students applied to the University of Michigan in 2020, and we highly doubt that anyone in Ann Arbor took the time to read all of their Twitter replies.  That said, nobody wants to be the next cautionary tale about a student whose academic career is upended by a thoughtless or misunderstood comment.  Therefore, to keep yourself safe, here are a few useful guidelines for high school students who’d like to stay on social media without jeopardizing their chances of getting into college.  (Those of us who fondly remember Life Before Cell Phones can probably learn a thing or two as well.)

You might want to share every moment of your life with the world, but trust us, the world is only so interested in what you had for breakfast.  Check the privacy settings for all of your social media accounts and make sure you’re only sharing information and posts with people you know in the real world.

The Internet Is Forever

The internet was originally designed by the Department of Defense to create a decentralized information infrastructure capable of surviving a nuclear war.  What that means in practical terms is that a 30-second YouTube video of a puppy eating a peanut butter and jelly sandwich will almost certainly outlive you, your children, and your children’s children.  (We address this depressing fact in our forthcoming article on Existential Dread.)

Remember, what you think is clever now might be embarrassing in the future.  Ben in our finance department learned that the hard way when he got a “Beverly Hills 90210 Rocks” tattoo in 1996.  Don’t be like Ben.  Please.

There’s No Such Thing as a Private Message

That student who had his offer of admission rescinded by Harvard—he didn’t post his comments on Facebook or Twitter.  He made his comments in texts, on Skype, and on shared Google documents.

None of these forums were public per se, but none of them were private either.  Once a message is sent, it can be copied, saved, or forwarded by all sorts of people.  Assume that everything you do on your phone, computer, tablet, or snazzy new smart watch can be read, seen, and heard by everyone.  Because it probably is.

Context Matters, and Everything is Taken Out of Context on the Internet

Teenagers love inside jokes.  They sometimes make their friends laugh with ironic and shocking comments, secure in the knowledge that nobody is taking what they say at face value.

Unfortunately, the Internet has a habit of amplifying inside jokes, stripping them of context, and judging people on the least charitable reading of their words.

A good rule of thumb is to not put anything down in writing that you wouldn’t be comfortable telling your grandmother.  And if your grandmother happens to be potty-mouthed, then at least make sure not to make comments you wouldn’t want to see as part of your college application.

The same good habits that will protect students from running afoul of college admissions officers will serve them well in the future as they enter the job market.  Technology companies are already using AI and data mining to scour social media to assess peoples’ “social credit” in the same way the financial institutions assess the creditworthiness of customers.

Just as few of us predicted the current social media landscape, we don’t know what the future of information will be.  The only thing we can be sure of is that we’re better off being safe than sorry.